The research group of the University of Alicante "Phase equilibrium" has developed an equipment for the determination of isobaric equilibrium in mixtures of phases when solids are present.

The equipment includes a boiler coupled with an ultrasonic probe that facilitates the reduction of the particle size of the solid, a separation chamber attached to the boiler that is connected to a condenser to carry out steam condensation and stable recirculation, and a mixing flask. In addition, with respect to the starting equipment, the diameter of the pipe joining the boiler and the mixing flask has been increased until it is sufficient to allow the circulation of solids without obstructions. Moreover, a recirculation device consisting of a recirculation channel with a controlled external electrical resistance has been incorporated to keep the mixture at bubble temperature. Valves for cleaning and sampling have also been installed on the equipment.

The group has a prototype developed on a pilot scale. Companies interested in acquiring this technology for commercial exploitation are sought.

One of the requirements that today's industry needs in the field of thermodynamics in order to perform design calculations in distillation separation processes is to have accurate, reliable and thermodynamically consistent experimental equilibrium data of different compound mixtures.

Among these, the study of systems with mixed solvents and electrolytes is one of the fields where this lack of data is most noticeable. Obtaining data for these systems is not easy due to the presence of solids (the electrolyte), together with the existence of two liquid phases that may be present. Both circumstances make the matter transfer rate between all the phases present slow and slow and make it difficult to reach the V-L-S and V-L-L-S equilibrium to be determined.

The determination of the isobaric phase equilibrium requires an equipment that allows the boiling temperature of the mixture to be accurately measured at a fixed pressure and the phases present to be separated and their composition subsequently measured. Depending on the number of phases present (vapour-liquid (V-L), vapour-liquid-liquid (V-L-L), V-L-S or V-L-L-S) the equipment to be used varies.

The most commonly used method for obtaining accurate data on the V-L isobaric equilibrium is the dynamic method with two recirculations (Guillespie method): one recirculation for the homogeneous liquid phase and another for the vapour phase. However, when the isobaric V-L-L equilibrium is to be determined, the application of this method would not be possible, since the recirculation of the mixture formed by two liquid phases can only be carried out if there is a good dispersion of the two liquid phases. This can be achieved by using ultrasounds that promote this dispersion. However, the equipment that has been developed by the research group of the University of Alicante "Phase equilibrium " for this purpose (protected by patent ES2187220 B2, owned by the University of Alicante), cannot be applied directly to the determination of the isobaric equilibrium V-L-S and V-L-L-S because the presence of solids hinders and prevents the recirculation of the liquid phase due to the solid particles it carries in suspension.

To date, the determination of the isobaric V-L-S and V-L-L-S equilibrium has been attempted using equipment with only the recirculation of the vapour phase (Othmer method). Thus, different authors determined data from different systems, although these were not accurate, differed between them and even some were thermodynamically inconsistent. The problem lies in the fact that with these equipments the phase equilibrium is not reached adequately.

There is therefore a need to provide an equipment that can accurately determine the boiling point of a L-L-S mixture, separate all the phases present and obtain their composition at a constant pressure.

The research group of the University of Alicante "Phase equilibrium" has developed an equipment for the precise determination of the isobaric V-L-S and V-L-L-S equilibrium, thus solving the problems described above.

Starting from its previous equipment and in view of the problems mentioned in the state of the art, in order to determine the isobaric V-L-S and V-L-L-S equilibrium, the group investigated to carry out the adaptation of this equipment and generate a technical solution to this problem.

Thus, the present invention, refers to an equipment for the determination of the isobaric V-L-S and V-L-L-S equilibrium that comprises (see Figure 1), at least:

• a boiler containing an ultrasonic probe in a tube arranged at the bottom with an inclination always less than 45º,

• a thermally insulated separation chamber from the outside, connected to the boiler by means of a Cotrell pump, comprising a thermometer with which the boiling temperature is accurately measured and a pressure gauge linked to a controller which makes it possible to adjust the system pressure to a given value, and which is connected to a condenser to carry out the steam condensation and stable recirculation,

• a mixing flask, attached to the boiler, comprising a mixing element comprising an external magnetic stirrer, a magnet, an external electrical resistance covered with an insulator and a temperature controller.

The pipe connecting the boiler and the mixing flask has an internal diameter sufficient to permit the circulation of solids within it without clogging.

The lower part of the separation chamber is also connected to the mixing flask by means of a recirculation device comprising at least one recirculation pipe with an externally rolled resistor covered with insulation and a thermocouple located between the insulator and the resistor. It is connected to a controller on which a temperature setpoint signal equal to the bubble temperature of the sample has been established, this being one of the novelties of the equipment proposed to solve one of the problems mentioned above that would be encountered by equipment that cannot handle solids.

In addition, of special importance and novelty, it is the design of the valves included in the new equipment, which allow, among other things, sampling and the cleaning of the sample taking conduits.

With regard to the methodology for carrying out the measurement, it consists of the following steps:

• Introduction of the mixture to be determined in the boiler and in the mixing flask.

• To heat and homogenize with ultrasound until the sample boils.

• To heat the heating element covering the recirculation line with the controller.

• To heat the heating element around the mixing flask.

• To adjust the liquid level in the boiler and the heating power and the ultrasonic probe until the flows of both recirculations are small and stable.

• To wait for the necessary time until the stationary regime is reached and thus the boiling temperature is stable.

• To sample the condensed vapour phases and the rest of the liquid and solid phases using the valves of the equipment or by means of an on-line sampling method. The S-L or S-L-L mixture must be taken through the valves on thermostated tubes at the same temperature as the bubble of the sample, allowing the solid and liquid phases present to be separated by gravity and proceed to take samples of each of the phases present.

• To analyse the samples taken.

In order to give continuity to the measurements and to be able to carry out subsequent experiments, it is necessary to clean the sampling tube described above. However, in the case of the presence of solids, the vacuum does not eliminate them and an additional entry is necessary just at the beginning of the sampling tube in order to inject a solvent that dissolves them and eliminates them, avoiding contamination of the samples taken later.

The most outstanding advantages of the equipment recently described for determining isobaric equilibrium with samples of dissolved and suspended solids are the following:

• No obstructions are produced thanks to the fact that the inner diameter of the conduit that joins the boiler and the mixing flask is sufficient to allow the circulation of solids through its interior.

• It allows stable recirculation at a temperature very close to that of the suspension bubble, thus avoiding precipitation of the solid and clogging of the recirculation pipe.

• The application of ultrasound allows the dispersion of the solid and liquid phases and the reduction of the particle size and suspension of the solid phases. In this way the mass transfer rate between the different phases are increased and with it, the time to reach equilibrium is greatly reduced.

• Sampling is allowed through one of the new valves introduced in the equipment.

• It allows the cleaning of the sample taking conduits through the other valve, since through this one liquid can be added from the outside to dissolve the solids that have been deposited, in order to leave it ready for a new sampling.

• It allows the dissolution of the solid precipitated from previous experiments during the equipment start-up process thanks to the heating on the recirculation pipe and on the mixing flask.

• It allows to have accurate and thermodynamically consistent experimental equilibrium data of different compound mixtures.

The main innovative aspect of the equipment described is that it makes it possible to determine precisely the boiling point of an S-L-L mixture, to separate all the phases present and to obtain their composition, at a constant pressure.

This is achieved primarily thanks to the modifications made to the starting equipment so that it can be applied to the determination of the equilibrium when solids are present. The ultrasounds applied facilitate the reduction of the particle size of the solid and its suspension in the liquid, but the recirculation of the liquid and solid phases must be modified to avoid the precipitation of the solid. To this end, the following innovations have been made:

• Increasing the diameter of some pipes.

• Installation of external electrical resistances on other pipes and on the mixer, covered with insulation and controlled to keep the mixture circulating inside at bubble temperature.

• Installation of a new inlet for the cleaning of the solid deposited during the sampling.

A prototype of the equipment developed on a pilot scale is now available.

As an example, the new equipment was used to determine two ternary systems whose equilibrium data could not be obtained with other equipment due to the problems mentioned above. Tables 1 and 2 show the V-L-L-S equilibrium data obtained, specifying the compositions of the two liquid and vapour phases, as well as the bubble temperature.

The present invention refers to an equipment that allows the determination of the isobaric thermodynamic V-L-S and V-L-L-S equilibrium in systems with solid phase and one or two liquid phases. The knowledge of this equilibrium is fundamental for the design of equipment in industrial chemical processes such as extractive distillation with salts or regeneration of solvents.

The research group looks for companies interested in acquiring this technology for commercial exploitation through:

• License agreements of the patent.

• Development of joint R&D projects to adapt the developed technology to the needs of the company. 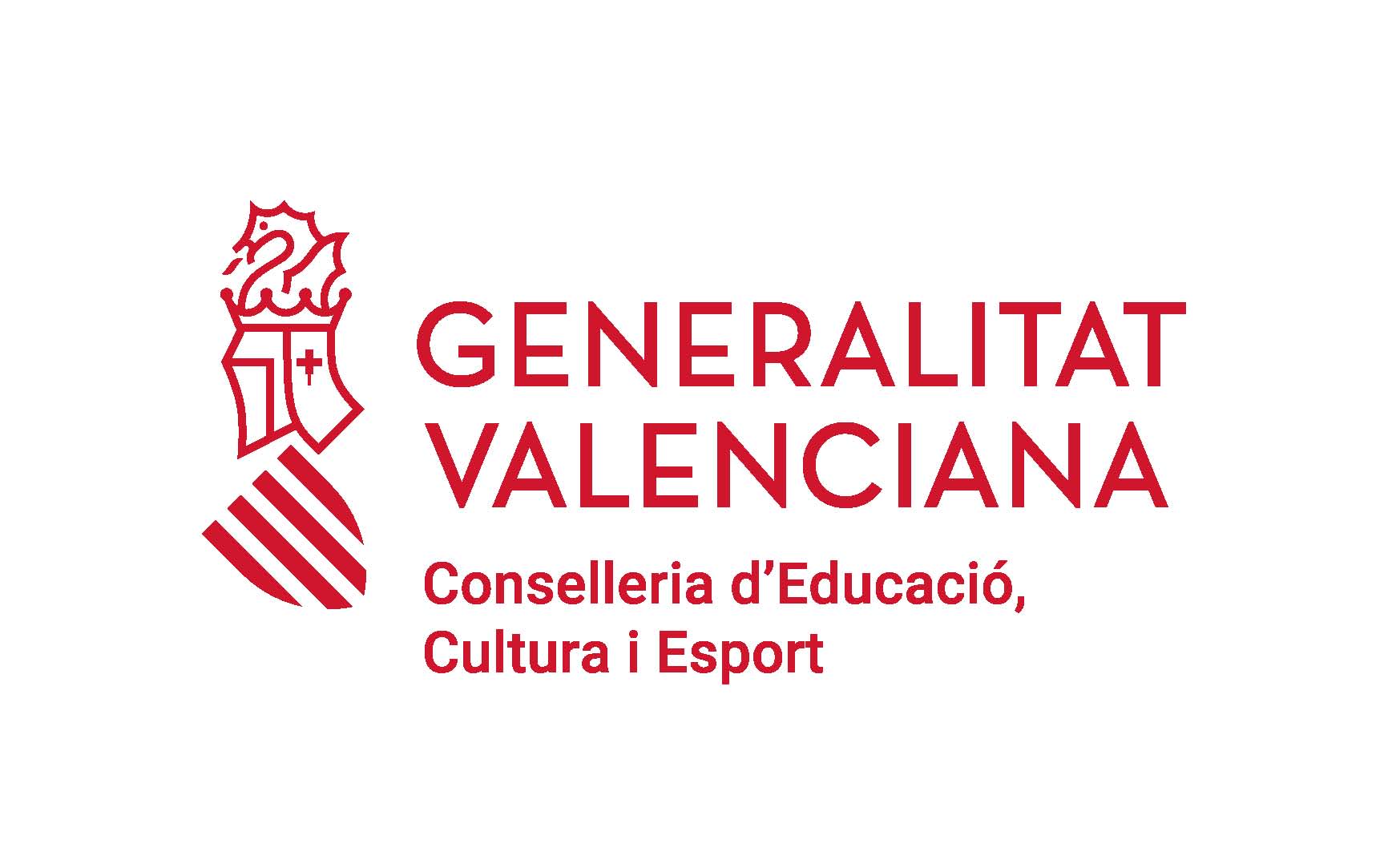